Sanctuary: Seek First To Understand
The Ban on Refugees Is Personal For Us

You Don't Know Me 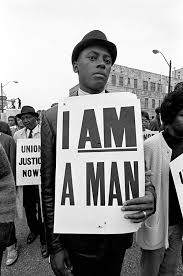 Last night was rough.  Testimony before the Howard County Council about CB-9 which would designate this community a "Sanctuary County" got underway around 8:00 pm and didn't wrap up until 2:00 am (I only lasted until 10:30 pm).  There were a lot of angry people in the room, most of whom were wearing red shirts or buttons indicating their opposition to the measure.  Because of an earlier commitment, I didn't arrive until a little before 8:00 pm and found a seat among a group of red-clad people who made insulting comments about every person who spoke in favor of the bill as well as the Council members who proposed it.  There were lots of gestures to go along with the comments as well as signs.  I tried to close my eyes and just listen to the testimony, but it was hard.

Testimony had been going on for about an hour when Karina, the young woman who spoke to our congregation this past Sunday, got up to testify.  "My name is Karina," she said into the microphone with a strong voice, "and I am undocumented.  I came to this country illegally from Mexico 11 years ago when I was a child."  The woman my left actually gasped when she said this.  I had a feeling she had never heard someone say such a thing before.

Karina went on to talk about her chance to gain legal status through the DACA program and her desire to give back to the country.  She then addressed Councilman Jon Weinstein directly.  "I ran cross country in high school with your sons.  Please ask them if they ever felt threatened by me."  She talked about how "de-humanizing" it is to be called "an illegal".  She reiterated that she has no interest in committing crimes.  She wants the same thing the rest of us want--a chance to learn, to make a living, to support her family and to feel safe.

The next person who spoke was against CB-9 but had obviously been listening to Karina.  "People like her, who come here as children, well, something should be done about that," he said.  But the testimony quickly went down hill from there.  Throughout the night, many people called undocumented immigrants criminals.  There were lots of references to gangs like MS-13.  "Violent felons" was a term used multiple times.

We talk a lot about "call" at the Kittamaqundi Community.  We do our best to discern God's call on our lives and to shape our lives in response to that call.  When I first came to KC I sometimes wondered if all the talk about call wasn't just a fancy way of saying, "I do what I feel like doing and nothing else."  But I soon lost my cynicism.  It was clear to me that when people really do make a commitment to discern and follow God's call, their lives look different.  They aren't just joining up with the cause-of-the-month.  Their work in the world comes from a much deeper place.  Their actions are connected to who they are, as people.

I think that's why Karina's story has such power.  It doesn't come out of her anger or fear.  It doesn't reflect her political ideology or her desire to for approval.  It comes from a deeper place.  I think she has a call.

Last night's hearing was an education for me.  Call me naive, but I expected to hear a debate focused on whether CB-9 would do anything positive or whether it was unnecessary.  I thought there would be discussion about whether the county would be risking Federal funding if we adopt the resolution.  I didn't realize that people in this county think we should alter the current policy of the county police so that they would become extensions of ICE, the Federal immigration enforcement like they attempted to do in Arizona.  The proposed legislation is a codification of current practice--but that is clearly not enough for a (very vocal) segment of the community.

The people who want to deport all 11 million undocumented immigrants in this country are proposing one response to a huge variety of situations.  I am sure that there are people who have come into this country illegally with the intent to do harm.  Other people come with the intent to earn money to send to families back home--they never intend to live her permanently or become citizens.  Other people are fleeing violence in their home countries.  Others a pursuing opportunities.  Others are brought here as children and have no say in the matter.

It is ridiculous to call all of these people criminals, even if they all lack legal status.  I am guessing that the vast majority of undocumented immigrants never commit a crime while they are here.  But this is part of the problem with our broken immigration system.  If it were easier for people to immigrate into this country legally, if the young people who qualify for DACA could get permanent legal status, etc., then it really would make sense to allow the police to enforce immigration law.  If it was much easier for people to immigrate legally, then the people who are here illegally should be regarded with suspicion.  But that simply isn't the case.  There are just way, way too many undocumented people in this country to be able to say anything about all of them as a group.  In order to deny the complexity of the problem (and thus advocate for a one-size-fits-all solution) we would have to deny that people like Karina exist.

Bravo to Karina for her courage! Thank you for sharing this fine moment in the midst of all the fear and ugliness. The light really does shine in the darkness!

Thanks, Heather, for continuing to be on the front line and for reporting back to us in your blog.

Karina was my student last semester. She was a wonderful student and I felt privileged to teach her. I have even more respect for her now.