New Kirk
You Don't Know Me 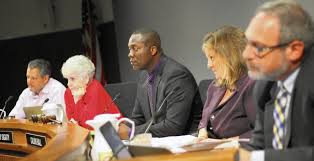 Each year, as Martin Luther King's birthday approaches, I think about the major civil rights issues confronting our country today.  It seems to me that is the best way to honor King and his legacy--not only to remember what he did, but to consider what he would be doing were he alive today.  This year, the King holiday occurred in the middle of a raging debate about whether Howard County should become a "sanctuary county".  Earlier this month, two members of the Howard County Council proposed Council Bill 9 that would prohibit county officials from inquiring about immigration status while conducting their business.  It seemed clear to me and to the team planning worship this month that we should focus on this issue during our worship service on January 15th. Undocumented immigrants are a group of people that live in our country who do not have the same legal protection of their civil rights as the majority of the population.  If King were alive today, we decided, he would certainly be involved in this issue.

Here's how we decided to engage with the issue:  we invited three young women who are students or graduates of Howard Community College to come and speak about their lives during our service last Sunday. One of the women was sick and couldn't come, but the other two shared their immigration stories with us.  Both came to the United States as children to reunited with parents who were already living and working here.  One came into the country legally (but overstayed her visa) and one crossed the border illegally.  Both currently have status through the DACA program, granted by executive order from President Obama in 2012.

While I have certainly known undocumented immigrants throughout my life, I had never before had an in-depth conversation about that experience.  The two women who spoke to our congregation this past Sunday were thoughtful and resolute and disarmingly honest.  I was impressed by how committed these young women are to their education and to building careers that will support their families (including their mothers) and allow them to serve others.  They both articulated a desire to work with people in this country and internationally who are in some way "marginalized" as they have been.

After the service, a person in the congregation said to me, "These women are exactly the kind of people this country should be welcoming--we would be crazy to kick them out."  I had to agree.  The conversation helped me to understand that our policies towards immigration should promote the values we want to see in our community:  commitment to education, to service, and to self-sufficiency.  DACA does that, clearly, and should be preserved and expanded.

I also learned from Sunday's conversation that local sanctuary legislation has value for the immigrant community even though it doesn't really give sanctuary to anyone who has violated Federal immigration law.  Language matters, one of the students explained.  The declaration of the intent to offer sanctuary, even if it falls short in reality, feels like an affirmation of our immigrant residents' value and worth.  That struck me like something King--and for that matter, Jesus--would want to offer.

I didn't begin 2017 with a fixed viewpoint about sanctuary legislation.  I do identify as a Democrat and the bill has been proposed by Democrats and opposed by Republicans.  But immigration has always struck me as an issue that doesn't necessarily parse along party lines.  Barak Obama has deported more people than any other president before him.  George W. Bush advocated strenuously for immigration reform legislation.  And the problems with the current broken system seem so obvious that I thought there would be more common ground between groups that advocate different solutions.

Undocumented immigrants pose a big challenge to any community, including Howard County where there are relatively few due to the extreme affluence of the area.  It seems obvious to me that people who do not have legal status in a community are much less likely to report crimes, testify in court, have drivers licenses or insurance, live in homes that have been legally inspected, or work in jobs are that "on the books".  It also seems obvious to me that when people are living in a country illegally, with no hope of ever becoming legal citizens, they have a different attitude towards the country.  They don't have the same "skin in the game" as those who are citizens--they don't pay the same taxes, they can't be drafted, they can't vote or run for office or serve on a jury.  Those things matter to me.  I value citizenship and I think that every community works better when the vast majority of people in it are citizens.

But I'm also realist, and I don't think deporting 11 million people is a realistic proposition.  It is one of those proposals that sounds simple but would actually be ridiculously expensive and time consuming not to mention inhumane when so many undocumented parents have children who are legal U.S. citizens.

I'm sure that smart people could work together to come up with a solution to our county's immigration problems.  But in the meantime, what should local governments do?  It seems to me that we should focus on maintaining the safety of our community and its residents.  I've long been in favor of issuing drivers licenses to people who don't have social security numbers.  In fact, I've never understood why anyone who spends time in a car would oppose such a thing.  When you strip away the rhetoric of the "whereas" statements, CB-9 simply assures the undocumented community that they can safely report crimes or interact with the police in some other way without fear of deportation.  I know that many police officers are in favor of these resolutions because it allows them to focus on public safety and not take on a second job enforcing federal immigration law.

But the debate over the past couple of weeks over CB-9 has not focused on commonsense solutions to local needs and priorities.  It went straight to a partisan fight complete with name calling and hyperbole.  I had hoped that I might actually learn something about the issue this month, but I've learned very little other than the deep dislike that many Republicans and Democrats have for each other at this point.  It wasn't until this past Sunday, when the two undocumented women spoke at KC, that I felt like I began to get past the partisan talking points.

I'm going to the hearing at the County Council tonight, but truth be told, I'm dreading it.  Since our (Republican) County Executive Allan Kittleman has already pledged to veto the bill, the whole evening promises to feature a lot of accusations and very little thoughtful listening.  My husband reminded me this morning that this is deliberate--the more unpleasant public hearings are, the fewer people want to participate in them, and the less connected people feel to their government.  So I will go, for the same reason I am in favor of federal immigration reform:  I believe in citizenship.

Bravo Heather! Staying enagaged despite the rhetoric demonstrates the strength of connection over division, of love over fear. Walk the talk.

You are right, Heather, the rhetoric is clouding the issues and preventing us from understanding the impact on real human beings impacted by our policies. I think we can all agree that there is a deep need for immigration reform. It isn't practical or humane to deport 11 million people. There is an overarching need to address this issue in some kind of reasonable, systemic way. Unfortunately, if we get caught up in name-calling, we often jeopardize an opportunity to compromise and navigate a possible solution. My hope for our County and our Country is that we can move beyond this.