Do We Still Want to Do This?
Productive Disruption 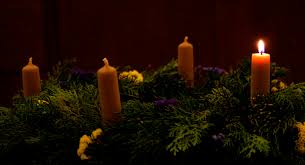 I have to admit it:  I'm struggling.

The election of Donald Trump to the U.S. presidency has deeply unsettled me.  Back in October, I told a number of people that I believed this election would be a referendum against the divisive and spiteful politics of Donald Trump.  Instead, his election feels like an endorsement of the very worst in politics, and in people--fear of people who are different from you, a lack of compassion for vulnerable people, and a willingness to blame and shame and undermine anyone with a different point of view.

I have worked for many losing candidates in the past--in fact, the candidates I really get excited about almost always lose.  But I have never before had a sense that the opposing candidate has contempt for the things I love most about our country:  rule of law, democracy, religious freedom, cultural diversity, a free press, public education, international diplomacy, and more.  Trump's nominations for his cabinet have only increased my sense that these good things are now under attack.

I'm struggling to figure out how to be a pastor in the midst of all of this.  Many of the people at the Kittamaqundi Community are upset about the election, but not everyone is.  There aren't a lot of passionate Trump fans in our congregation, but there are certainly people who are more confident than I am that everything will be okay.  There are people who are tremendously tired of talking about the election and want more than anything to change the topic.  And there are people who simply have other, more immediate concerns at the front of their minds.  While the election might be dominating my thoughts, I know it cannot dominate our congregation's life or we will become a less hospitable place.

But many of the people who are worshiping at KC on Sunday morning, many of the people who I am meeting with and talking to during the week, are deeply upset about the election.  On November 13th, the Sunday after the election, our usually animated congregation was almost silent as we gathered for worship.  It felt like someone--or something--had died.  People have told me about struggling to get out of bed.  People have called me in tears over all that has happened.

What is my response to that grief--as a person, and as a pastor?  I know what I have felt called to say at the many funerals I have led over my 22 years of ordained ministry.  My faith--proclaimed with a power beyond words or reason in the death and resurrection of Jesus Christ--gives me the confidence to say that God's love, God's promise, cannot be defeated by death.  In the darkest night, God's light shines.

I like being the one who proclaims hope in the midst of despair.  But right now, after the election, I can't do it.  That's not to say I think things are hopeless--I don't.  But I don't want to smooth things over too quickly.  I'm not ready to hold a healing service or to hold hands and sing "Kumbayah" like they did at my parents' church the day after the election.

I've been fretting about this, feeling like I was falling short of my call to be a minister of the Gospel.  But this morning, as I was praying, it occurred to me:  this is what Advent is all about.  The season we are in right now, these weeks before Christmas, is about waiting for something to come, yearning for something that isn't yet here.  The first candle on the Advent wreath is for hope, but not because we already have hope.  We light the candle as a way of showing how much we long for hope.

There is sadness in admitting that we don't already have what we need, that we're not "all good".  But it isn't just sad--it is also true.  This is where we begin, each year.  I am going to claim this ancient season of waiting as the medicine my spirit needs right now.

AMEN!!! It's not easy, but it is a path to healing. Waiting is always difficult and especially so for those of us who like to "make things better." Right now there doesn't seem to be a clear path to make things better. I do think that ultimately the path will be at the grassroots level. That we will find a way to make a difference in the things we hold most dear. In a way, this dire situation can inspire us to take actions that might otherwise be outside our comfort zone, to get involved on a very personal level, to take risks that we wouldn't normally take. We cannot rely on our government to pursue the goals we care about, but they cannot take away our power to fight for the things we believe in.

Maybe this is a sign for people that we need to look within ourselves and at our own need for GREED. Maybe 9/11 wasn't enough for us as a nation to see what we had become and now we are given a 11/9 (funny how that number worked out?) as another scary event to make us look at what makes us human? In the past 10-15 yrs I feel like we have been out of control, living on the edge and amassing "things" to make us feel good about ourselves (and as a nation). "Things" matter more than feelings. "Power" matters more than peace and unity." Money" makes us happy. It all leads back to GREED and we are about to witness one of the greediest people on the planet taking charge of our well being. I'm not so scared of the Leader himself, but of the other greedy, power hungry people he is hiring to run his army. This is certainly a waiting period and we have to unite and decide as a nation if this is what we want for ourselves and our future generations. I feel like this is our George Bailey moment and we get to see how great Bedford Falls really was/is compared to Pottersville (sorry, if you don't know I'm referencing the movie, It's a Wonderful Life).

Progressive change is never a straight path but it eventually makes its way in the right direction.