Confessing Other People's Sins
Do We Still Want to Do This?

How to Start a Conversation 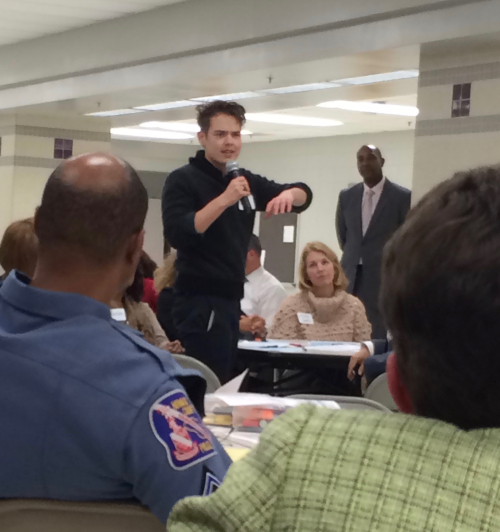 Years ago, I was part of a group of young ministers who met regularly with an experienced minister for mentoring.  I often think back on one conversation we had about pastoral visitation.  All the young ministers knew we should be visiting people in their homes.  Our older parishioners, in particular, seemed to relish the opportunity to have us over for tea and cookies.  But we were starting to dread these visits which could easily last a couple of hours.  It just seemed like all people wanted to do was chat about their grandchildren or gossip about other members of the church or complain about how the congregation had declined since the 19050's.  How could we help these conversations become more personal, more reflective, without being awkward or intrusive?

"That's easy," our mentor told us.  "You can have a significant conversation with anyone in 20 minutes.  You just begin by saying, 'Tell me about your grandmother.'"

I've thought of this advice many, many times over the past 20 years.  For awhile, I did ask a lot of people about their grandmothers and was rewarded with some amazing stories and even a few tears.  But I soon realized the broader principle. Good conversations involve stories.  When we tell stories to each other about people who have influenced us or experiences that have changed us, stories that explain why we have particular commitments or values, something important happens.  We build connections.  We establish trust.  We let each other know that it is okay to be who we are.

I believe in conversations.  So of course I was excited when I saw an announcement on the Howard County Public Schools email newsletter a couple of weeks ago announcing an event entitled, "Voices for Inclusive CommUNITY" co-sponsored by the school system, the Howard County Police Department and the Howard County Office of Human Rights.  Here's how the event was described:

Community members are invited to an evening of dialogue about establishing and strengthening relationships among students, parents, school officials and law enforcement. This event provides opportunities to understand what HCPSS, the Howard County Police Department and the Howard County Office of Human Rights are currently doing, and provide input on building a more inclusive community. The evening will include small roundtable discussions.

When I heard that the "small roundtable discussions" were going to be facilitated by people who had been through the school system's excelled Cultural Proficiency program, I was even more encouraged.  Any event that brings a diverse group of people together (especially people who might not talk to each other easily or frequently) and gives them a chance to speak and be heard by each other is worth the effort.

The event took place last night at Long Reach High School.  It was well attended by school system folks and police officers with about a dozen high school students and a handful of random people from the community such as me.  It wasn't a waste of time, but the conversation was pretty superficial.  Everyone is trying to build an inclusive community even though it isn't always easy.  We need to keep trying.  We need to keep talking.

Then, as we were getting up to leave, one of the police officers at my table told the beginnings of a story.  She talked about the neighborhood in Baltimore where she grew up.  She said a few words about her mother and her brother.  Suddenly, instead of talking about the importance of vulnerability, she was being vulnerable.  The conversation suddenly mattered.

As I was driving home, I thought of a community event I attended at the beginning of the year. PATH organized a series of well-attended events that brought together leaders and members of Christian, Jewish and Muslim congregations in Howard County.  In one of them, we were instructed to find a person in the room who we didn't know and to have a 20 minute conversation based on a couple of questions.  After 20 minutes, we found another person and had the conversation again.  I don't remember the specific questions now, but I remember the conversations I had.  I heard personal stories about how a neighbor of mine has experienced living in our community.  I learned something specific about what they valued and why.  By the end of the conversation, we felt connected to each other.  We weren't strangers anymore.

I wish last night's meeting began where it ended for me.  We need to have one-on-one conversations with people who we don't usually get to talk to--police officers, teenagers, school teachers, people who have a different racial or ethnic background than we do.  We can't just brainstorm ideas about what other people should be doing.  We need to tell each other personal stories about why we do what we do, why we value what we value.  That may sound like it would take forever, but in my experience, you can say a lot in 20 minutes.