Does Howard County Need an Elected Sheriff?
How to Start a Conversation 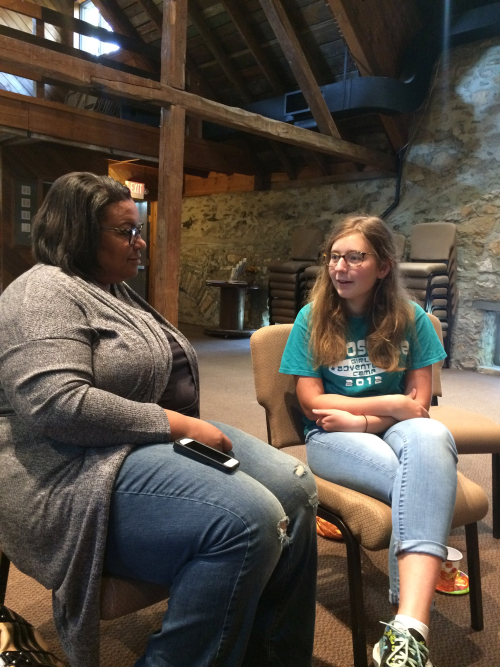 My husband Dan came home from Yom Kippur services last week satisfied.  "There was a real good list of collective sins," he told me.  In addition to the usual list, his rabbi has verbally inserted some additional confessions, appropriate to the time at hand.  But even the list printed in the prayer book seemed on target.  The version in The New Union Prayer Book begins,

For our failures of truth, O Lord, we ask forgiveness.

For passing judgment without knowledge of the facts, and for distorting facts to fit our theories.

For deceiving ourselves and others with half-truths, and for pretending to emotions we do no feel.

For using the sins of others to excuse our own, and for denying responsibility for our own misfortunes.

Inspired by my husband's appreciation for this annual ritual, I suggested a few years back that we include an extended corporate confession in our Ash Wednesday worship at the Kittamaqundi Community.  The planning team was skeptical and made me promise to explain that the confession came from the Jewish prayer book.  They didn't want anyone to take the list too personally.  The following year, the team gently suggested the prayer was way too long.  Wouldn't it be better, someone offered, if we had a period of silence during which people could make their own personal confessions?

No one wants to confess to a crime they did not commit.  For that reason, ritual confessions try to make the sins so general that everyone ends up being personally implicated:  "We have left undone those things which we ought to have done; And we have done those things which we ought not to have done; And there is no health in us," the Book of Common Prayer famously reads.  But when we gather together, the point is not only to admit to our personal failings, but also to admit that we are also somehow tied up in the bad actions and ideas of others.

This isn't just a challenge for people leading and participating in religious ritual.  It is also a challenge for any person or group who wants to make the world a better place.

Consider the problem of racial bias and discrimination.  If we are going to really address these issues, each of us must consider, how am I part of the problem?  What can I take responsibility for?  What commitments can I make personally that might improve the situation? But those questions, while necessary, are never the end of the conversation.  If we are serious in our analysis of the problem, we will end up confessing not only our sins, but also the sins of others.  We recognize that we are part of a sick system, and no matter how good we intend to be, we are implicated in the crimes that system commits.

Last Sunday, a group of us from KC and the neighborhood got together to discuss this year's One Maryland One Book selection, "All American Boys" by Jason Reynolds and Brendan Kiely.  The book begins with a scene in which a young black man is assaulted by a police officer.  The story then continues, in alternating chapters, in the voice of the young man who was assaulted (Rashad) and the voice of another teen (Quinn), a white kid who knows both the black teen and the police officer. Both teens struggle to figure out how to respond.  Some of the people around both kids encourage them to keep their heads down and step back from any kind of protest or statement.  Others encourage them to stand up for what is right--even if it means challenging or possibly antagonizing people who have encouraged and supported them in the past.

The novel does not resolve all of the questions it raises.  We never hear, for example, what happens to the police officer.  Is he punished for his actions, or does he get away with what he did?  The one thing that is clear by the end of the story is that it is not possible to be a bystander.  When it comes to issues around race and policing, all of us are involved.

That's a challenging topic for any group to discuss, but we managed it last Sunday, in part because an amazing Howard County police officer was in the room.  Sargent Stephanie Wall from the Community Outreach Division read the book and participated in the discussion enthusiastically and completely non-defensively.  She was clear:  there are police officers who do terrible things in this country.  Most police officers do not, but every police officer is implicated in the actions of those who act unjustly or unwisely.  Every single officer, every single police department, needs to commit to healing the damage caused by the history of racial bias in law enforcement.

I left the conversation deeply encouraged--and challenged.  What would it mean for me to acknowledge and to confess the harm done by Christians?  By white people?  By Americans?  How might I do that in a way that doesn't just overwhelm me with guilt but rather energize me to engage more deeply with the healing of the world?