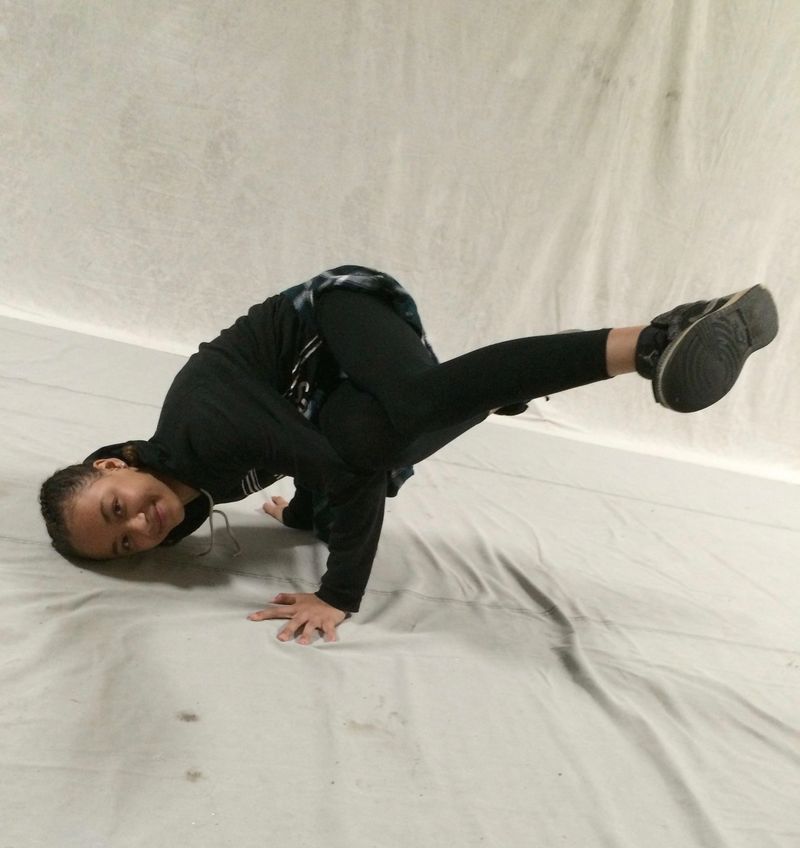 You’ve got to sing like you don’t need the money
Love like you’ll never get hurt
You’ve got to dance like nobody’s watchin’
It’s gotta come from the heart if you want it to work.

-"From the Heart" by Susanna Clark and Richard Leigh, performed by Kathy Mattea

This past Sunday was a Big Day for me and my Little Sister, Desirae.  It was Dance Recital Day--a first for both of us.

I first met Desirae when she was in fourth grade.  She was a part of a "lunch bunch" for girls that is led as a volunteer for A-OK Mentoring-Tutoring.  We developed our own board game that year called "The Hollywood Game" that involved traveling from humble beginnings to stardom in Hollywood.  My contribution to the game were "Interview Cards".  I told the girls that famous people can expect to be interviewed by reporters and talk show hosts, so it was a good idea to practice giving engaging answers to personal questions.  I wrote dozens of questions on index cards and when the girls landed on a square marked "Interview", the person to her left got to take a card and read a question.  It was a great way for me to get to know the girls and for them to get to know each other.

One of my questions was, "Name one thing you would do if you were really, really brave."  I remember Desirae's answer to that question when she was nine years old.  She got a dreamy look in her eyes and said quietly, "I think I would get on a stage and dance in front of people."  I took note.

Dance lessons were not going to happen for Desirae without a scholarship, something that is surprisingly hard to come by considering the number of dance studios in this affluent community.  I figured that we were going to have to be content with YouTube lessons until we sold some cookies to my neighbor as part of our bake sale last fall.  Making small talk with Desirae, he asked what she liked to do.  "Dance," she told him.

She said it quietly, looking down at the ground, but to her great credit, she did tell him.  Turns out, he has a connection to a dance studio.  So he made a few calls and starting in January, Desirae was enrolled in Hip Hop 1, turning her dreams into reality.  I got to watch through a little window as she become more confident each week, blossoming under her teacher Lexci's praise for her obvious ability.

As the year-end recital approached, Lexci shouted to the girls as they danced, encouraging them to be bolder and stronger with their movements.  "Come on, show it to me!  I don't believe you!"  Desirae had every step down.  She nailed the Baby Freeze every time.  But she stared at the floor in front of her as she danced.  As a result, she looked tentative and a little scared.  I found myself wondering if a recital is really necessary.  Maybe it just generated anxiety and got in the way of actually learning to dance.

On our way to the dress rehearsal last Tuesday, Desirae told me all about a movie she had watched over the weekend.  It was hard to follow the plot, but it seemed to have to do with an ice skater who was having trouble completing a jump successfully in a competition.  The turning point (as far as I could tell) came when the skater received the advice to imagine that no one was watching her perform.  "Does that seem like advice that might help you too?" I asked Desirae.  "Yeah...I think so," she said.

That night, she looked up a lot more.  And every time she looked up, she busted out smiling.  "Lexci says we should look like we have attitude," she told me on the way home.  "But I kept smiling!  I couldn't help it!  I was having so much fun!"

And then came the recital.  Approximately two and a half hours into the show (!), Desirae's class came on stage.  When the lights came up, Rihanna starting singing, "Work, work, work, work, work."  And there she was, right in the middle, head up, dancing as everyone watched.

I've been thinking about this ever since.  Rosa's former violin teacher used to say that most people take about a 20% hit when they perform, so we need to be 120% prepared if we want to avoid making mistakes when we play in public.  That advice was based on real experience, but it also begged the question for me.  If our highest artistic achievements happen when no one is watching or listening, why perform?  Isn't there something strange about a practice that we can only fully enter into when we pretend that it isn't really happening?  When we "dance like nobody's watching"?

But watching Desirae dance, I could see that the stage, the lights, and most of all the audience were essential to what happened that day.  She needed to override her self-consciousness to get out there and dance with her head up.  But when she did, she made a connection with the other people in the room.  Dancing wasn't just a dream she kept to herself.  Dancing created a relationship between her and a world of people she didn't know, but who were delighted to she what she can do.  That relationship is essential to growing up, to having a public life, to being a contributing part of the wider world.

So dance like nobody's watching, if that's what it takes to get you dancing.  But I hope that eventually you'll let someone else see you.  And then, dance like people are watching and see what difference it makes.