This Is Sooooo Old 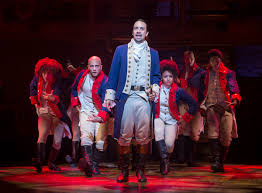 Last Sunday evening, I had some friends over. We drank wine and played “Fishbowl”, a multi-round party game that is version of charades. I enjoyed myself, of course, but one of the best parts of the evening was that we barely discussed Donald Trump at all. My daughter went so far as to create a sign for our front door that said in red letters, “Trump Free Zone”. I was tempted just to leave it there—but I took it down lest it become a conversation starter.

I’ve been struggling to write on this blog over the past couple of weeks, in part because we’re in the middle of Lent at church and there’s a lot going on. But the main thing that’s getting in the way of me writing is Donald Trump’s campaign for president. I feel like he is sucking all the oxygen out of the room. It’s not that I’m politically neutral—on my best days, I’d call myself a progressive activist. But there is so much being said on line about Trump already and I don’t have anything much to add.

But it also feels hard to change the subject.

Happily, my birthday was last Wednesday and my husband served up a huge surprise that has given me something to talk about every time I need to change the subject. Dan took me to see “Hamilton”, the Broadway musical about Alexander Hamilton that is now sold out for the next year or so (he bought the tickets back in September and kept them a secret). What a gift! The show exceeded my high expectations and the performers were simply outstanding.

It wasn’t really an escape from the political conversations that have been weighing on me, but it helped me to re-frame them. On some topics, the show takes a stand. It unabashedly celebrates the contributions immigrants have made to our country from the very beginning. But when it comes to other issues, the show lifts up a tension between positions or viewpoints and allows it to stay tense.

Lin-Manuel Miranda, the show’s creator and star, talked about these debates (portrayed as rap battles between Hamilton and Thomas Jefferson) in an interview he recorded for “The New Yorker Radio Hour”. He said that he found it “heartening” when he realized that many of the points of disagreement between the Founding Fathers are still being debated today.

And when the interviewer asked Miranda about the vitriolic anti-immigrant rhetoric that has been such a feature of the Republican primary, he replied, “It’s soooo oooold.” His understanding of history has made him less alarmist, I guess. He’s heard it before (and worse) from the political predecessors of our current candidates. Anti-immigrant sentiment is “part of our politics”.

Does that understanding mean we just kind of shrug this stuff off? Does it mean we shouldn’t offer another perspective, a counter-narrative to the one that says immigrants bring this country down? Miranda’s show makes his response clear—he has something to say, and he says it loudly. But it does mean that this isn’t the apocalypse. It means that we have tools to respond, people who have responded before us. Panic is paralyzing. History can be discouraging—or it can become creative fodder, empowering us to respond to everyone who has ever dismissed or degraded anyone.