This Is Sooooo Old
How Can a Non-Partisan Community Advocate for Peace? 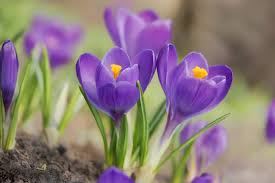 This is a hectic time of year for those of us who love high school musicals--and I know I'm not alone.  I think every high school in Howard County puts on a spring musical and all of the performances are scheduled during three weekends in March.  I saw two shows last weekend and have three more planned for this weekend including "Shrek" at Oakland Mills High School (my daughter Rosa is playing in the pit orchestra).  I love these shows because I love musicals but also because I love watching people put their heart and soul into something.  Watch a high school musical and you'll see all sorts of kids in big and little parts push past their self-consciousness and give the show everything they've got.  The whole-heartedness of a performance moves me even when the singing and acting is less than perfect.

Last weekend, I got some additional inspiration from a conversation I had with an older couple I ended up sitting next to.  We greeted each other and compared notes about who we knew in the show.  "Do you have a family member in the show?" I asked.  "Sort of..." was their response.  There was a story there, and when I expressed interest, they were quick to share it.

Five or six years earlier, they had befriended a young girl in their neighborhood who was the only child of a single mom with some health challenges.  The friendship began because the girl was interested in patting their dog.  At first they just chatted when they saw her when they were out with the dog, but soon the girl was coming to their door asking if she could take the dog for a walk after school.  Things evolved from there--invitations to dinner from the girl and her mother, offers to help with a vexing math problem, and eventually, offers to help with transportation to some activities when the girls' mom was working.  The friendship continued even after the older couple sold their home and moved out of the neighborhood.  They showed me with delight that the girl had even thanked them for their support in her bio in the show's program.

I was really impressed with this "adopted grandparent" relationship because I know what a huge difference supportive adults can make in the lives of children, teenagers in particular.  The couple was very humble about their contribution.  "We used to be so much more active in the community," the man said.  "But now we're really limited by our age."  I protested that their relationship with their "adopted granddaughter" was a real gift to the community.  "Oh, that's easy," the man laughed.  "We already knew how to be a grandparent," he said.  "It was just a matter of watching her blossom."

I thought of this conversation today as I attended a training called "Working With Youth Experiencing Poverty:  What Do I Need to Know?" sponsored by the Mediation and Conflict Resolution Center at Howard Community College.  The training featured articles and videos that referenced a lot of research about the ways in which poverty affects children.  There has been a huge amount of research done on this topic and the conclusions are pretty upsetting.  Poverty affects more than a kids ability to access all the little "extras" that enrich the lives of wealthier kids.  Studies have shown that poverty affects a kid's brain development, their ability to concentrate, their ability to make positive social bonds and a hundred other things.

But my main take-away from the class was that one of the most important tools we have to improve the lives of children in poverty is hope.  It is essential that teachers, counselors and other adults in a child's life believe that the child can overcome the challenges they face and have a positive future.  If the adults around a kid believe that, they will interact with the kid in such a way that the kid begins to believe that too.  And if a kid has hope for their future, there is a much greater chance that they will achieve their dreams.

I was very touched by that.  Sometimes I pay too much attention to the complexity of the problems.  I forget that even complex problems can be affected by actions or attitudes that are really quite simple.  Friendship.  Hope.  Songs.  Just being there to celebrate when someone blossoms.