Loneliness Is a Signal Like Hunger
Meanwhile, Back at Oakland Mills High School... 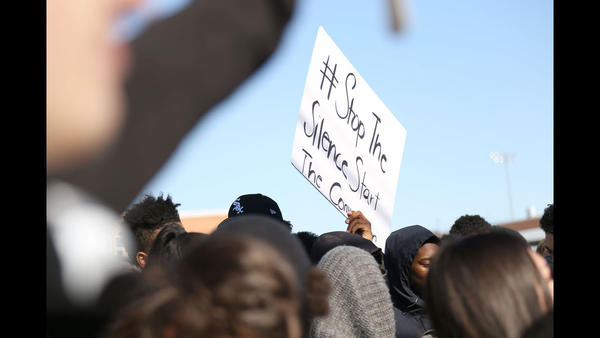 I love to think, talk, read and learn about the dynamics of community--why it matters, what it does for us, what makes it work better and what damages it.  Events in this region have given me a lot to ponder this week.  I'm ending the week more convinced than ever that empathy--the ability to identify with another person's experience of the world--is the basis for a moral life.

But here's the thing:  developing empathy requires community.  It requires, to use Bryan Stevenson's term, proximity.  And when we live in close proximity to people who are different from us, we're going to bump into them and bruise them.  We're going to say ignorant things.  We're going to get it wrong.  So a central practice of a healthy community has to be conversation about what it feels like to hurt.

Last week, when Howard County Public Schools were still closed due to snow, some teenagers got drunk and made a 30-second video of one of them spewing hateful, racist garbage.  I didn't watch the video, but I read a summary of the highlight in the press.  It was bad--and not in the least bit funny.  It was wrong of the kid to say what he said and wrong for him or his friends to post the video on social media.

Obviously the People In Charge should condemn the video and make it clear that hate speech will not be tolerated in our schools (they did).  There should be consequences for the students involved (looks like there will be).  But that can't be the end of our response.  Saying "this can't happen" isn't enough when this kind of thing does happen.  Kids--and adults--make racist statements, sometimes out of deep conviction, sometimes as a joke, sometimes to provoke a response.  Punishing the people who make such statements, throwing the book at them, might scare them away from saying such things in public again.  But it doesn't do much to build empathy, which in the end is what defeats racism.

The students at Mount Hebron High School seem to know that.  This past Tuesday, about 150 students held an organized walk-out from the school.  It was a student-run event from start to finish, but the principal of the school supported the event, allowing the students to leave class and leave the building without disciplinary consequences.  I was extremely impressed by what the students did.  They shared their experiences, including the deep hurt that racists comments have caused them.  And they chanted, "Stop the silence.  Start the conversation!"  If the school can take this challenge seriously, there is a chance that there could be some very significant change at Mount Hebron.

A similar walk-out at Hammond High School on Thursday was also supported by the principal who said, "We’re going to be working with the student organizers to create small group conversations at lunch later this month."  Bravo.

This call for conversation was echoed in the Baltimore Sun's excellent editorial this morning entitled, "How Will Howard County React to Racism?"  The editorial points out that because of Columbia's deep and well-planned integration, "...Howard Countians regard themselves as possessing more acceptance of diversity than might be found elsewhere."  I saw this attitude reflected in a number of comments in the press and on line this week.  People talked about being "shocked" that people could say such things here.  "This isn't who we are," said one community leader.  But it is part of who we are as a community, and denying that won't make it go away.

The only people who think that there isn't racism in Howard County are people who avoid all conversations about race.  As soon as we start talking, we'll start hearing it, sometimes out of our own mouths.  So while it is safer to not talk about it, silence stunts our growth as people and as a community.