My Mission for 2016: Defeat Despair 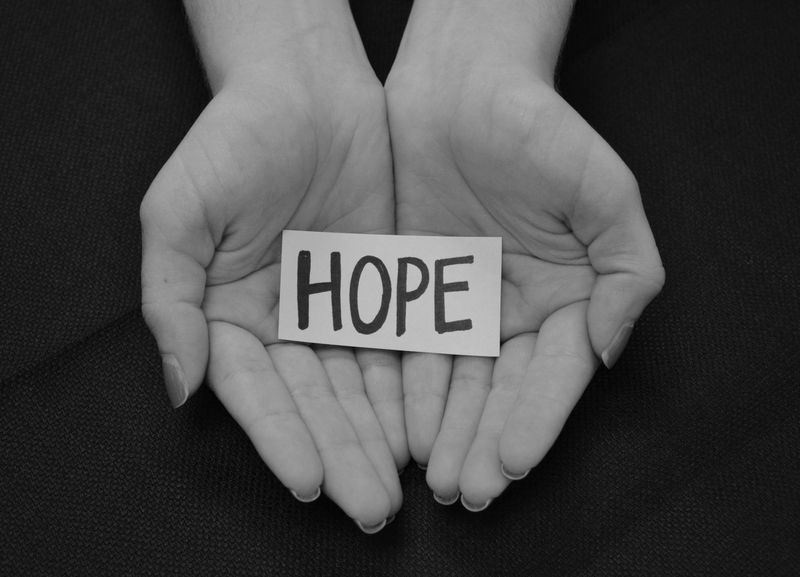 For me, the beginning of a new year prompts a renewed commitment to do the things I want to do but have trouble sustaining.  I can't resist the possibility of a perfect record, so every year I start off with determination to run every morning, write every day and floss every evening.  Of course this strategy for self-improvement has its drawbacks.  A few years ago, I resolved as usual to floss every night that year.  When I realized I had forgotten to floss on the evening of January 1st, I found myself thinking, "Oh well, I'll try again next year."

But no matter.  So far, I've written on this blog every week this year!

This past year, 2015, was a significant year in my life personally.  It wasn't as outwardly eventful as 2014 when my oldest children, Paul and Isaac, graduated from high school and left home to attend college and I had a three-month sabbatical from my work at the Kittamaqundi Community.  But 2015 was one of the most hopeful years of my life.  Some nagging problems at the church shifted and found resolution.  I took on some personal challenges (getting re-certified as a lifeguard, getting certified as a mediator and as a facilitator of the Alternatives to Violence Project and as a Big Sister) and succeeded in accomplishing them.

Best of all, a group I have been working with for four years bought a condominium, fixed it up and rented it to a family who was homeless.  The lovely article by Andrew Michaels which ran in the Columbia Flier and the Howard County Times on Christmas Eve (and ran in the Baltimore Sun on the Sunday following Christmas) does a nice job summarizing our work, as does the website for Help End Homelessness, HC Inc., the nonprofit we founded to create a structure for ownership of rental property.

As I told Mr. Michaels, this project didn't begin with a sense of abundance or hope for the future.  This project was born from feelings of deep frustration.  Our congregation has hosted Howard County's Cold Weather Shelter since the beginning--we just finished hosting the shelter for the 13th year.  It is a big project for a small congregation like ours to welcome 24 people to live in our building for a week.  But at the end of each week, with few exceptions, every single person in the shelter is still homeless.  All the energy, time, love and resources that we poured into the shelter was just maintaining people in homelessness.  It was frustrating--and it led to a sense that homelessness was a problem that we will never solve, no matter how hard we try.

So we formed a 501c3 organization, raised $124,000 in cash and bought a two-bedroom condominium.  With the help of Denise Gordon, the housing locator who works with people who have been identified by the Coordinated System of Homeless Services, we interviewed several homeless families, found a fantastic tenant and signed a lease agreement on October 15th.  Our tenant is renting the property from us at 30% of her income.

I know that renting one house to one family does not end homelessness.  It doesn't even make a significant dent in the number of homeless families in this county.  But our work has made an enormous difference in the life of one mom and her two young children.  And what's more, our work has had a huge impact on our lives because a problem that used to seem impossible to solve now seems completely solvable to us.  It wasn't easy to raise the money to buy a two-bedroom condo, but it wasn't really that hard.  Any congregation could do it.  And if every congregation in Howard County bought a home and rented it to a family struggling with homelessness, there would be no more homeless families in our county.

Hope is contagious.  The shift I've experienced in my attitude towards the problem of homelessness makes me look at other nagging problems with a different perspective.  Conversations have begun at KC about how we might work for solutions to a number of issues related to violence, here in our country and abroad.  So President Obama's press conference announcing a series of executive actions he plans to take with the hopes of reducing gun violence in our country caught my attention.  It was especially moving to me to see the president moved to tears as he remembered the children who died at Sandy Hook Elementary school two years ago.

Despite the outraged responses of the president's opponents, the measures Obama proposed strike me as extremely modest.  Last year, I might have even called them pointless.  Isn't there something a bit cynical about saying we are going to address such a significant problem by doing so little?

But my experience with Help End Homelessness HC, Inc. has changed my mind.  I no longer see small actions designed to address huge problems as inadequate.  Because while those actions will most likely not make a significant change in the number of people who die from gun violence in 2016, these actions address head-on the feeling that nothing can be done about this problem.  Obama is refusing to despair--and that is profoundly encouraging to me.

As Cheryl Strayed says, change is one person deciding to do one thing differently one time.  That's all we need to do to start addressing the problems we despair of ever solving.  I am starting the year hopeful that change is possible.