Who's Not Here?
Ebola and Rabbi Barry Freundel: Sealing the Borders Won't Keep Us Safe

The Plight of D.C.'s Homeless Families Is a Warning to Howard County 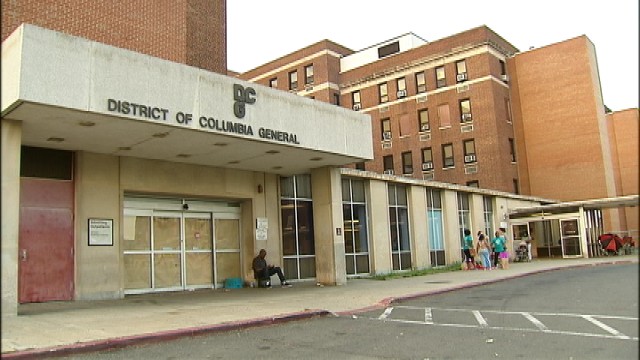 Rubbernecking is hard to avoid.  We hate sitting in traffic only to discover that the reason for the slowdown is an accident that occurred on the other side of the highway.  But at the same time, we can't help but look ourselves.  How bad was it?  We speed back up again, energized with relief that we weren't in the accident.  The danger comes, of course, when we are so distracted by someone else's accident that we rear-end the person ahead of us.  Yes, I admit, I've done that.

And now, I'm doing it again.

I've been following with interest the on-going debate about what will happen to Washington D.C.'s family shelter, a 300-bed facility in the former D.C. General Hospital.  This shelter was filled to capacity last winter and the city began housing families in gymnasiums and other spaces around the city until a judge ruled that these conditions were inhumane.  Then, at the beginning of March, eight-year-old Relisha Rudd was abducted by a janitor who worked at the shelter--and presumably killed, although her body has never been found.

Clearly, something must change, right?  Every mayoral candidate admits that things cannot continue as they are.  On Tuesday, current Mayor Vincent Gray announced a plan to close D.C. General and to shift families towards 6 new 50-family facilities located throughout the city.  Advocates agree in general that smaller shelters are more manageable and hospitable, but immediately questioned whether there actually are buildings in the city that landlords would be willing to lease for this purpose.  There is no plan for where to obtain the estimated $18 million dollars more it would cost to lease these buildings.  Clearly, this isn't really a plan.  It's a wish.

As if that's not enough to get you to stop and stare, an estimated 850 families will be homeless in D.C. this winter, a 14% increase over last year.  And 40 rooms in D.C. General have now been condemned.  And no funds have been allocated for emergency hotel rooms for families once the shelter is at capacity.

Before those of us who live in Howard County drive by the crisis in D.C., feeling grateful we don't have to face such problems, let's pause and remember the source of the problem.  There are more and more homeless people in D.C. because there is less and less affordable housing.  The numbers are startling:  over the past decade, D.C. has lost half of its affordable rental units.  There are some ugly stories about how this happens, but the bottom line is that as the city begins to boom, landlords realize they can make more money so they kick the poor people out.

This is obvious, right?  And the situation in D.C. is clear evidence in case anyone needs proof.  And yet, in Howard County there seem to be two conversations going on simultaneously.  The County has approved a Plan to End Homelessness.  The Plan was developed by a team of people from the government, social service agencies, the faith community and the private sector and received massive public support.  Courtney Watson has made ending homelessness in the County one of the key issues of her campaign for County Executive.

And yet, the Oakland Mills Village Board and their supporters on the Oakland Mills Revitalization Task Force are dreaming and scheming about ways to reduce the amount of affordable housing around our Village Center.  They are hoping Oakland Mills goes the way of D.C.  As the Downtown Columbia grows, the older neighborhoods nearby will become more desirable--and more expensive.

These two conversations need to connect.  We cannot reduce the amount of affordable housing in every neighborhood and while eliminating homelessness in the County.  If we really are going to eliminate homelessness (and we absolutely can and should) while redeveloping older neighborhoods, then we are going to need a county-wide Plan to Preserve and Create Affordable Housing.  Soon.

THIS is what the "Next America" (James Rouse's term) looks like? Like the last America? We can do better. We have the resources. We have the visionaries and the practical minds. We have citizens who know that civic action means that we're all in this together. Not soon; now.