Conversation with Steve Snelgrove, Part 2: Partnering with Churches to Improve Patient Outcomes
Cheering for the Girl in Pink in the Back

Reflections on "Frozen": Identity and Community in Tension 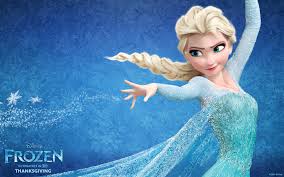 Last night, I finally got around to watching the newest Disney movie, "Frozen".  I was staying overnight at the church, one of the jobs that comes with hosting the Cold Weather Shelter.  I needed to be awake from 2:00 am until 6:00 am but my brain wasn't functioning well enough for me to accomplish anything.  I thought "Frozen" would be just the thing for a time like that--entertaining but completely undemanding emotionally or intellectually.

I enjoyed the movie thoroughly--the ice and snow images are rendered beautifully and it was great fun to hear the voices of some of my favorite musical theater voices (Idina Menzel, Jonathan Groff, Josh Gad) come out of the animated character.  But it made me think way more than I had anticipated.  The movie isn't just about a Disney princess finding her true love.  It is about young women figuring out their identity--and figuring out how to relate to their families and their communities in the context of that struggle.

A quick disclaimer before I go on:  I recognize that I suffer from "Punch Buggy Syndrome"--the phenomena in which you suddenly start seeing the thing you are looking for.  I've been thinking about the interplay between individual and community as I get ready for my sabbatical and now everything I see/read/talk about seems to relate to that theme.

This is not to say that I have stopped seeing Jesus in every movie I watch--a point of great amusement to my congregation ever since I preached a sermon on "The Dark Knight".  In "Frozen", for example, everything is set right when the lead character, the one who has been wronged, sacrifices herself for her sister.  Just in case we miss the significance of what is happening, the movie keeps reminding us that this sacrifice is an "act of true love".  Hard to miss the Christ figure in this one.  (Plus, the old Christian hymn, "Fairest Lord Jesus" was originally part of the opening music.)

Interestingly, in addition to the not-very-subtle Christian subtext to "Frozen", there is a not-very-subtle Queer subtext to the movie.  I wondered about this when I first heard "Let it Go", Idina Menzel's Academy Award winning power ballad from the movie.  The song talks about trying to be a good girl and trying to keep control and finally deciding to "let it go" and be one's true self even if others find that upsetting or offensive.  The song isn't very subtle and the movie isn't either--Elsa's parents decide that she has to be shut up inside a room until she can learn to control her "power", but she is unable to do so.  When others see her power, they are shocked and she is ostracized.  Elsa is the first Disney princess without a male suitor.  When I googled "Frozen movie gay themes" I found that thousands of people have been celebrating this movie as a coming out story while others have condemned the movie for the same reason.

Here's what many commentators seem to miss:  the importance of community in the movie.  Perhaps part of the problem is that this doesn't fit the "classic" coming out narrative in which the non-conforming individual has to break away from their community of origin so that they can fully and openly claim their unique individual identity.  In that version of the story, the individual comes back to community in order to challenge them to open up, become more accepting, and to love the non-conformer for who he/she really is.  In this scenario, the community of origin is the problem and the individual is the solution.

But the story in "Frozen" is more complex.  The non-conforming sister is "alone but free" once she leaves town and build an ice palace of her own in the mountains.  She seems content to stay there forever (despite the fact that she doesn't seem to have anything to eat.  Was I the only person bothered by that?)  But it turns out that her departure has left the entire town she came from in perpetual winter.  Her decision to run away has diminished her community.  They need something that only she can provide.

Elsa, however, doesn't know how to un-do her freezing magic.  She doesn't know how to be herself in the context of community.  For this, she needs to learn from a group of trolls who pass some wisdom on to her sister Anna (that bit about the act of true love).  I found this part particularly interesting--but I've read almost no commentary on this aspect of the movie, perhaps because it is in the midst of a lot of silliness.  Anna is led to the trolls by Kristoff, a man she encounters in the mountains who says he knows some "love experts".  Anna thinks Kristoff is joking about this, but it turns out to be true.  Kristoff knows about love because he has been a part of a loving community, something that Elsa and Anna have missed due to their parents' fear of Elsa's powers.

Since the wisdom about love comes from a community, we shouldn't be surprised that it leads the sisters back into community, with each other, but also with everyone in their kingdom.  Elsa cannot form a healthy, life-giving relationship with herself and her powers when she is up in the mountains, alone.  She finally becomes comfortable with herself when she finds a way to use her gifts to the benefit of her community--she makes an ice rink!

One last thought:  while I think this movie is about identity in general and not necessarily about gay identity in particular, I do wonder if it says something about the evolving relationship between gay identity and the broader culture.  Perhaps coming out no longer necessitates a break from one's community of origin?  Maybe we're coming to a place where we can even acknowledge that excluding queer folk damages our communal life, making it colder and less flexible?  If this is a coming out story, it is one that includes coming home.