Can You Believe We're Related?
Where Do You Find Sanctuary?

"I'm Just Not That Glowy" 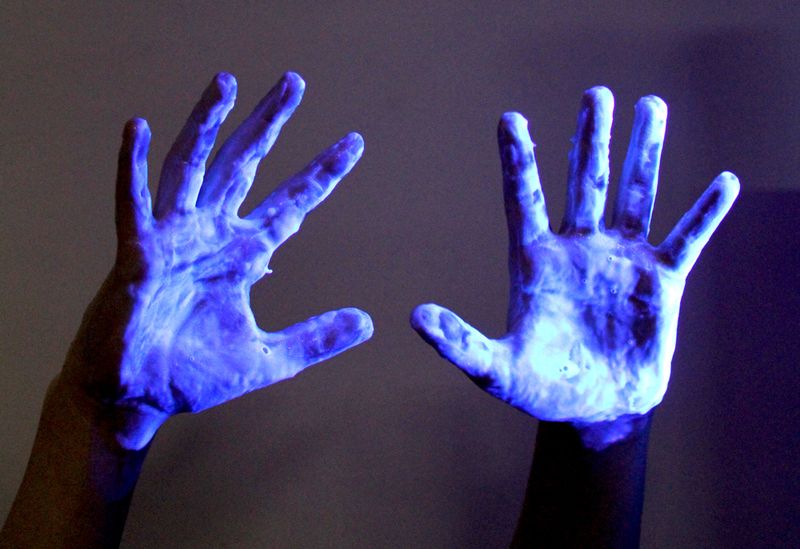 A friend told me this week about a dinner party where the husband of a friend asked asked him, “Is your wife as spiritual as you are?”  He said he almost choked on his food before he could manage a response.  He had never considered himself particularly “spiritual”—despite the fact that he had worked as a chaplain and a church pastor.

He told this story to a group of clergy and we all had similar experiences and similar reactions.  We are all religious professionals, but carry around an idea of what really spiritual people are like—serene, wise, present to the moment, untroubled by worry, able to feel a strong connection to the divine at any moment.  As another colleague put it, “I’m just not that glowy.”  We have our moments of connection and insight, but more often that not we struggle and search and worry and wish.

When I first was ordained, I worried a lot about being a fake.  Ministers, I thought, should be spiritual experts and I mostly felt like an amateur.  It didn't help that old friends were often surprised to find out I had been ordained.  I didn't seem like the "type" to them, either.  I was committed to a morning prayer practice after which I often thought, "Well, at least I did that.  That's got to give me some credentials."

I’ve become more settled in my role as a pastor over the years, but I’ve also changed my mind about what makes people spiritual.  I’ve come to think of spirituality as a human capacity like our intellectual, athletic or artistic capacity.  The people we recognize as having exceptional gifts in an area are often people who have worked hard to develop a particular capacity (I love the writing of Malcom Gladwell, Steven Johnson and David Shenk on this topic)

Sure, there is such a thing as giftedness.  Some kids seem to be able to draw better than their peers at an early age, for example.  But even the kid who can barely manage a stick figure has a great deal of artistic capacity.  She may never draw as well as her “gifted” peer, but with curiosity and persistence, even person who isn’t “good” at art as a child can become a remarkable artist.

The same seems to be true for spirituality.  Some people may have natural gifts that make it easier for them to sense a connection to God or to see the holy in the every day, but everyone has the ability to develop their capacity to do these things.  But we rarely, if ever, talk about spirituality this way.

A large part of the problem is that we have long seen belief as the basis for a spiritual life and not practice.  If you have to believe a long list of doctrinal statements, or believe in the entire Bible before you can legitimately identify as a part of a spiritual community, it seems like the only way to grow spiritually is to ignore questions and doubts and just push yourself to believe.  That helps keep churches together but it doesn’t help people develop their spiritual capacity.

But once we shift to talking about spirituality as rooted in practices, we find it much easier to talk about growing and developing spiritually.  The analogy to our athletic capacity is a rich one.  Have we stretched, spiritually?  What is our training plan?  Do we need to work out with a personal trainer?  Would it help to join a group?  Is there some event or experience that we could sign up for that would give us a challenge and keep us engaged?

Another benefit to understanding spirituality as a "capacity" rather than a "gift" is that it shifts us away from admiring/envying particular individuals towards appreciating the group, the team that is growing their various capacities together.  More on this topic in the coming weeks and months!

Maybe this is one of the "dirty little secret" of ministers - often many of us ordained types feel success in this field partly means "acting the part", whether we're fully that glowee in our personal lives or not. I mean, really, what church wouldn't love to have a pastor who exhibits this most heavenly combination; the spiritual humility of Pope Francis, the spiritual mercy of Mother Teresa and the moral authority of the Dalai Lama. And we often think if we aren't that... we're frauds.

Every church would love to have a pastor who was like Jesus, and ever pastor would love to be Jesus. However as glowee as we might think Jesus was, I remember (to amend the -tongue firmly planted in cheek- Faith Incubators words) Jesus had a three year ministry (insert glow here - and heavenly trumpets)... then they killed him!